- January 27, 2010
Preserves are a new and growing obsession of mine.
This weekend I managed to put down the sock of beauty just long enough to make some lime marmalade. 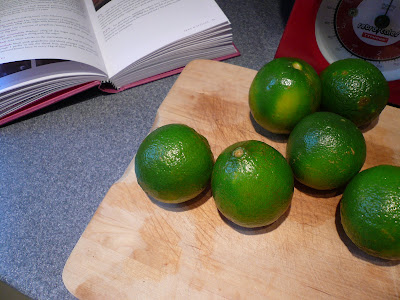 Green tomato chutney was a regular feature of childhood and I can remember my first adult foray into preserving was some plum jam circa summer 2004. We moved in to a new house share to be greeted by plums overflowing every surface and house mates heading off on holiday shouting some hasty instructions over their shoulders.

Since then I've dabbled increasingly, getting over the fear that it was all a bit complicated to bother with. No more plum jam as enjoying the finished item is the major driving force behind any preserving effort which does tarnish my 'domestic goddess using up abundant produce' image a leetle bit, but wasting ingredients and effort on turning something into a preserve I'm likely to leave on the shelf until it's finally gone rotten seems like throwing too much good after bad. 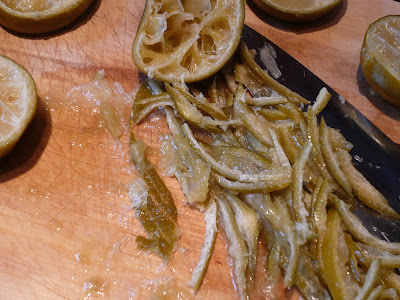 We made a big batch of various chutneys, sauces and some lemon curd for Christmas gifts this year and got some really nice responses from the giftees, so preserves are going to be a continuing part of the trying to increase the giving of handmade items. So far we've taken recipes mainly from the internet with mixed success. For a new year of preserving we invested in a new book and by chance seem to have hit on a great one - The River Cottage Preserves Handbook. 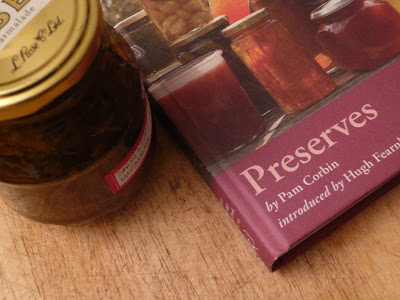 In a few quick reads through the preliminaries I've already learnt a lot. It quickly became apparent why our chilli jam had to be labelled as chilli sauce this year. Us novices had assumed jam sugar and preserving sugar were one and the same thing whereas jam sugar has added pectin for a firm set, preserving sugar tends to just have big grains for easy dissolving. I'm looking forward to lots more playing with the pans and jam thermometer this year with Pam as our guide. 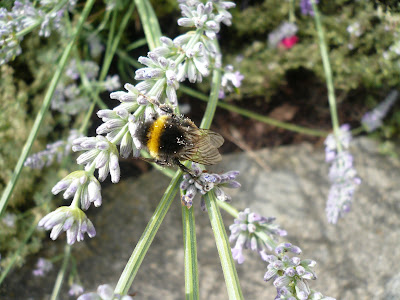 And so we move seamlessly from preserves to bumblebees, another obsession of mine. The Bumblebee Conservation Trust are in the running for some funding for a wonderful project in Pembrokeshire introducing a wild flower habitat along a pathway linking sites that should assist in the protection of an endangered species of bumblebee - if you wanted to visit the Live for the Outdoors site and read about the projects that have been proposed and vote for whichever you most support that would be great, if you wanted to vote for the Bumblebee Conservation Trust project then that would be the greatest :) 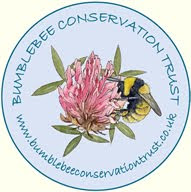 Anonymous said…
what an inspirational post! I would love to make preserves etc more. I've dabbled in jam but that's it. I think I might have to look up that book.

Rachel said…
I had no idea there were different kinds of sugar for preserving. I loved this post...I do quite a bit of canning in the summer and do a lot of fruit jam/preserves. Lime marmalade...sounds strange but tasty!
28 January 2010 at 02:45:00 GMT

Susie said…
I see you had a similar chilli jam experience to us this year - we used preserving sugar too and couldn't understand why we ended up with chilli sauce! So thank you - off to get the River Cottage book now (any excuse to get something Hugh- related)!
28 January 2010 at 10:12:00 GMT

Petit Filoux said…
Pam the jam!! I've got that book too!! Got it for my birthday and haven't got round to using it yet, but I can't wait! Made some beetroot chutney, plum jam, raspberry jam, and gooseberry jam last year and it was terrific!! Absolutely love it! And opening a jar during the winter (like i did this morning) is just so satisfying!
28 January 2010 at 10:42:00 GMT

Linda said…
Oh how interesting. I saw that book the other day and dismissed it as all too difficult, maybe I should try preserves!
28 January 2010 at 15:37:00 GMT

Kyoko said…
Just voted to bumblebee project :D
I totally support conservation work like this. I think bumblebees are very cute..
How exciting that you are making the lime preserves! How long do they last for? I have never made one but I think they would make such a great gift. Would love to have a go..
Have a wonderful weekend!
x
kyoko
29 January 2010 at 13:14:00 GMT

dreamcatcher said…
Thanks for the book recommendation, I will put it on my "list" :-) My homemade preserves seem to go down pretty well with family and friends too! Must admit I did know about the sugar jam thing, we got a book on preserves by Margeuerite Patten which is very good too.

marycatharine said…
That's really interesting information about the different sugars - I always end up using plain old granulated but I'll have to keep on the lookout.
7 February 2010 at 02:45:00 GMT