Showing posts from July, 2010
Show All 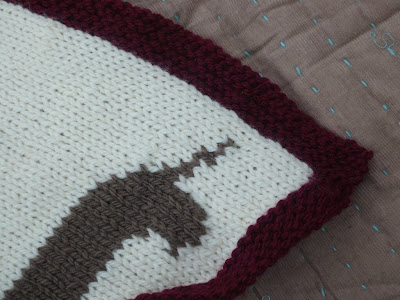 While those amazing men having been giving everything to the roads of France and have certainly been in a hurry I have been a little less dedicated to my knitting tour. A little? A lot. One button band. It's so funny to come back here and see all these things laid out that I just haven't touched. Work has just been so busy and the actual real live summer weather we had was putting me off touching anything warmer than a G&T with plenty of ice. Still I have the next week off with a trip to Cornwall and much R&R planned so perhaps I will ascend a little further up my mountain range. If not, well one day: “Nature does not hurry, yet everything is accomplished.” ~ Lao Tzu
12 comments
Read more 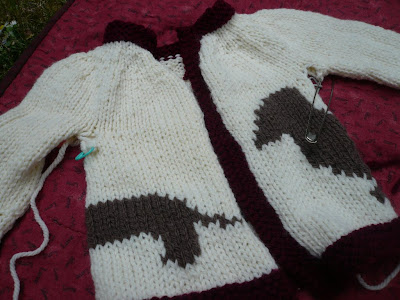 The Tour de France is in to the serious stuff with stage one yesterday. So far I've managed just a little look at the map ahead for my ride in the knit along on Ravelry (sign ups still welcome) . It's the Polka Dot Jersey competition again for me, as many WIP mountains as I can haul myself over before the end of the race. Last year I started with eight mountains ahead, this year we're one lighter at seven though with three adult cardigans to last year's two (one of which just needed seaming) it's looking a stiffer challenge. Especially as one of the peaks is one I didn't scale last time. Arisaig remains unconquered and though she's further on than last year there may be an insurmountable issue - I can't find her! Leaving that problem for another day I got the others out to assess my chances on their slopes. Starting in the foot hills, there's Willie. A button band and an ear and this will be there so I feel confident of at least one spot on
11 comments
Read more
More posts