When a knit doesn't quite live up

- May 28, 2009
There's the hip-hip-hooray of a great FO and then there's the blah-blah-blahness of a FO that just does not live up to that initial idea of what you were going to create.

The success of Francis meant I felt fortified with hip-hip-hoorayness to face the serious blahs that had overtaken the slippers started last month. 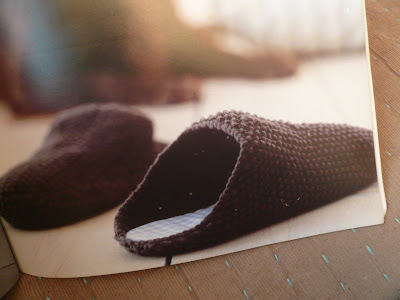 I had high hopes for these: they look beautiful in the picture, I did my research on the few projects made on Ravelry, the pattern has been in the 'thinking about knitting list' forever, the yarn was some of the first yarn stashed back when I barely knew what a stash was and was misadventuring in yarn substitutions, I even had some cute fabric scraps for the insoles. 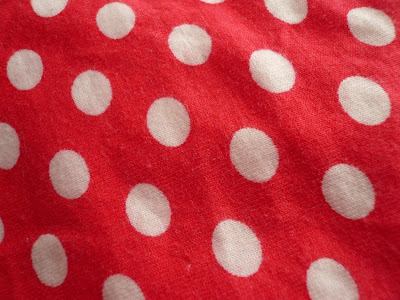 I wore through my favourite slippers not long ago so it seemed like a project that was destined to be. The first slipper zipped off the needles but I couldn't believe it would fit me and I seamed it up as soon as I was done knitting to check it would fit, it did but it was blatantly apparent that it was not going to look like the one in the picture. Not ever, no way, no how. So off the slipper sloped to the naughty knits corner for a little time out, time for me to give up the hopes for the slippers I had in mind and try to decided if the slippers that were appearing in reality were good enough.

In the end the speed of the knit and the utility of the finished articles pushed me on - these were never going to be the pretty slippers I'd planned but finishing them seemed about the same effort as ripping for a more useful result. Honestly though when I looked at these ugly ducklings next to the swan in the pattern book, well they looked like lilies for the frog pond if I ever saw any. 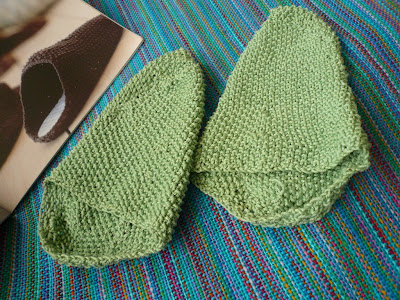 Luckily the addition of the insoles dragged these back from the brink - these may not be as pretty as the picture but I'll wear them and those polka dots make me smile at least. 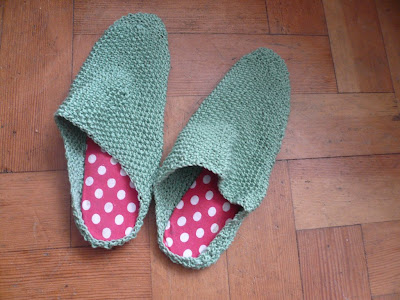 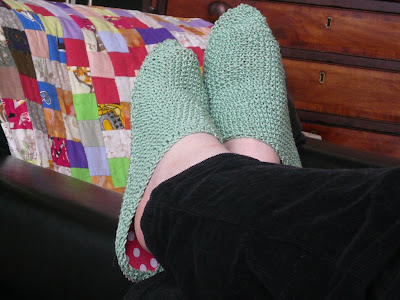 I think using a mercerised cotton may have left the knit with less structure than an unmercerised, less slippery cotton would have done? Anyway, they are what they are - a bit blah but useful. 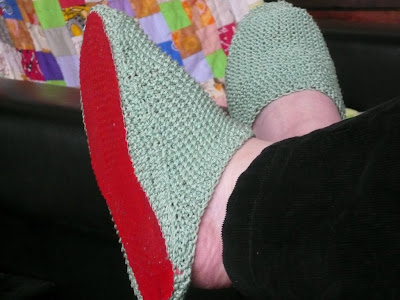 Anonymous said…
Oh I know just what you mean...it happens to me a lot...have a look here, if you have the time or inclination:

marycatharine said…
I think they look great on, which is most important right? Sometimes I wonder if there is quite a bit of styling going on in books and magazines.
28 May 2009 at 23:46:00 BST

dreamcatcher said…
I think they look great on, the lining fabric is a lovely zingy contrast too. As you say it might be the mercerised cotton having a bit less oomph but would agree that the magazine styling could have done anything with them - spray starch for example!
29 May 2009 at 10:45:00 BST

Caffeine Girl said…
I agree with Dreamcatcher. I suspect they used starch or something in styling the photo.

raining sheep said…
Well, I don't know, but I really like them. They look comfy and easy to wear and ultimately that is what a slipper is all about. You are right, a stiffer yarn probably might have given you the look in the picture, but, when you put them on....they look like the ones in the picture because your foot fills them out. I do love that insole fabric.
30 May 2009 at 04:53:00 BST

Bells said…
you know, I think you need to be applauded for not giving up when they were initially disappointing. I might have. But you didn't and you made something cute and funky out of them! Good work!
30 May 2009 at 10:40:00 BST

Rose Red said…
I know what you mean when an FO doesn't live up to your expectations - it is a bit of a shame isn't it. But these, well, I think they are fab! The lining is great, they look very comfy and hello, the pattern ones are clearly laminated or something, to make them stand up the way they have!!
30 May 2009 at 13:54:00 BST

florencemary said…
Sorry that you've had to experience the lows, right after the highs... baah. Slippers - hmmm! Always likely to be difficult size-wise, I think (especially those patterns where you have to shrink them with felting).

Lynne said…
If hose slippers in the photo are a commecial pattern, they may be stuffed where you can't see it.
Or possibly even starched to stay like that!