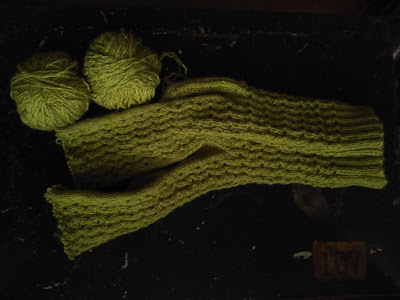 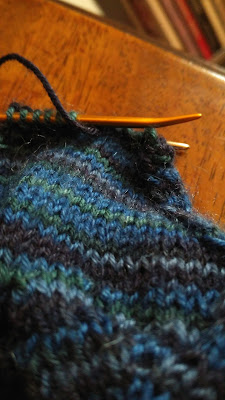 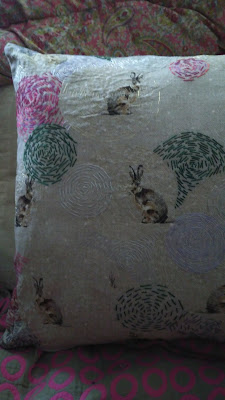 Today is a classic wet winter Sunday, grey grey with just the slight twist of snowflakes in amongst the rain drops. It's the kind of day that reminds me of teenage doldrums, school tomorrow and cooped up inside. Our house used to have downstairs rooms that all flowed one to another and I'd get trapped either in my bedroom, or out of it, with an armchair full of snoozing Papa between me and wherever I wanted to go. He has always had a lot of back problems and was in such constant pain that waking him from a snooze was a little like waking a bear from hibernation. I guess I have much more empathy for him as I get older and creakier! I'm not having the most fun with some of my body at the moment, I injured my knee in November and rehab is slow, and has felt a bit backwards the last couple of weeks, as I just try and take a short walk on top of the essential steps to get through a day. Still, these days grey out and being sofa bound says craft, craft, craft rather loudly!

Not that it's all plain sailing in the knitting either, happily though too short socks are easier to mend than human bodies. I couldn't believe it last night when I proudly pulled them on and then had that uncomfortable moment of trying to pretend they fit. What gets me is I tried the first one on before I grafted it! Clearly feeling impatient to be wearing them! So I've ripped them out this morning and they are going to have to have a sit in time out to think about what they've done before I can segue in to happy repairer mode. But still. They are actually nearly done. Yay!

While they pause I think starting a Koolhaas hat is on the cards. Or perhaps an Orchard Grass Wrap after I realised I had some perfect yarn for it in my stash. Delicious Rowanspun 4ply in Sludge. That was actually half knit but has now been released from its previous ill fated project. Though, choices, choices, it could be more socks. I have a new to me, half done pair,  Monkeys in Rowan Fine Art Yarn. Found after a very long time out, started in 2014 apparently. I only found them when looking for my ball winder to get some yarn wound for the Snicket Socks I thought were destined to be next. The problem here is also toe related. Perhaps attempting kitchener stitch without written instructions to refer to??? it seems I created a reverse kitchener and was obviously lacking in patience to sort it out!  The Monkeys never made it to Ravelry and were only once mentioned here so the joy of finding a finished sock outweighs any concern at sorting out that toe! It's amazing how deep in my clutter I've managed to hide many of my knitting tools and yarn but at least there are sweet surprises along the way of sorting it all out!

Despite not having a finished pair of socks yet this month I have met my little goal of a finished object. I finally gifted my one handmade Christmas gift yesterday having finished it the day before! My sweet embroidered hare cushion suffered a very swift photo shoot as she was hustled out the door but I was delighted with the cover itself. I bought a printed cotton cover and used various of my most favourite threads to embroider simple running stitch spirals. It was soothing, gentle work and part of the beauty of a handmade gift is the time that you put in isn't it? So, slow, but worth it.

We were chatting at work about that crazy year when you attempt to hand make every gift. I have reined myself in and in but it's still my dream. I'm mulling over something I'm calling Project Hamper. The idea being to try and make various preserves throughout the year and then come December be overflowing with handmade abundance without the wild eyed desperation. The idea sounds so good in principle but as I looked at a crate of marmalade oranges in the supermarket yesterday I decided I could at least give myself a pass until our new kitchen is in and my knee is better! The current kitchen is so dark as we have an extension being built on the outside that there is no encouragement to linger out there when I make a cup of tea let alone getting all cosy and productive. Who knows when we'll be done but maybe it's all divine timing as I might have a mended knee on the same timescale!
home living well made by me stitchery yarnery