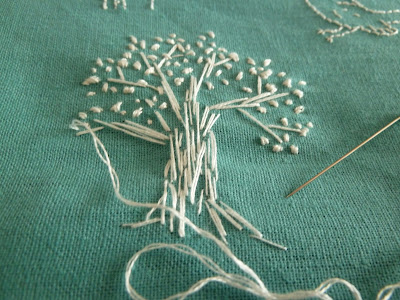 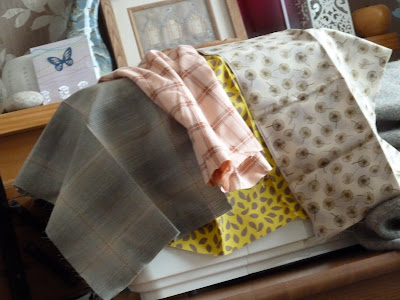 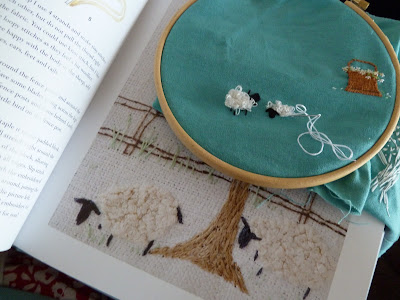 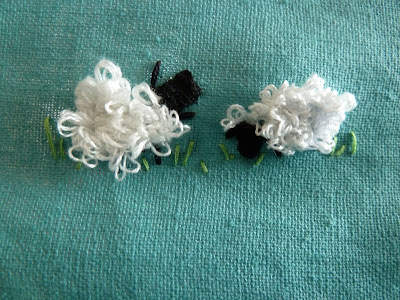 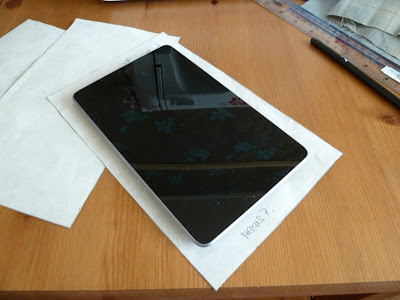 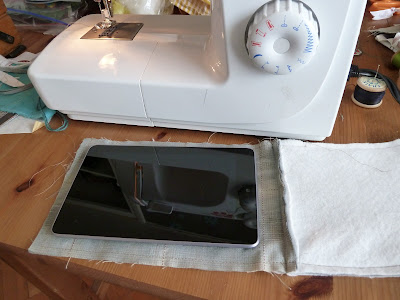 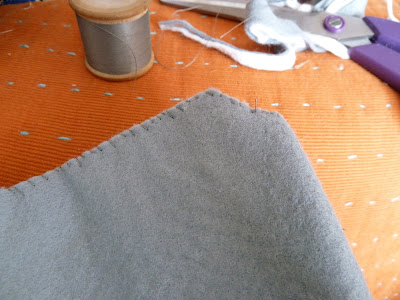 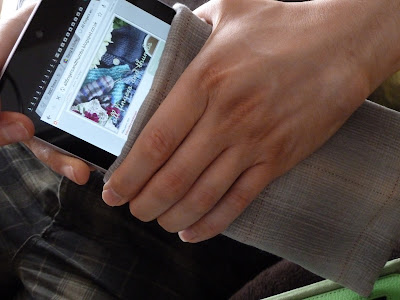 Weekend craft activity has focussed around the impractical and pretty: embroidery literally just to play with ideas from the new book. And the decidedly more functional: a Nexus tablet cover. The embroidery soothed, the cover challenged. At least that made for a healthy balance!

My poor beloved has often bemoaned the lack of knitting of items for him and sewing hasn't proved any more generous. There was a moment a couple of weeks ago when he'd lost the old padded envelope he was using to keep his Nexus safe inside his bag when I thought of cobbler's children and decided I'd better get my act together (and prove the direct benefits to him of the tools and equipment he so generously shares his living space with!). As he's not crying out to have his clothes embellished by sweet lines of daisies or loopy sheep I made myself put down my book and sew him a cover in his choice from the fabric stash.

I wanted to work out the pattern myself as I thought it was a nice easy thing to work around and I'd feel more proud at the end, at the end I am proud but slightly wondering why I didn't just find a tutorial! I made myself cut a template from paper, resisting the urge to just mark the required rectangle on the fabric. Three paper templates later it proved a wise decision. I have some blind spot when it comes to measurements [queue pause where I look fruitlessly for a blog post about the sewing machine cover  I made. I don't seem to have written about it. It's special. I'll save the tale for the day I get around to making a more suitable one!]

After making my brain squeak trying to work out right sides together with a wadding sandwich in the mix and where to sew so that I could flip the whole thing inside out to hide all the seams I wanted to be done. I'd envisaged there would be enough room for the tablet and a gap to fit in a press-stud at the top to keep it closed. Not so much. The bulk of the layers ate up the ease I'd allowed and it was a super struggle to wriggle the little fella in there. Big sigh, short pause. Queue trimming of seams and replacing the bulky top stitched inside bottom seam with a little whip stitched line. Beautiful! It fits snuggly but as if that was what was always intended as you can slide it in easily enough but it won't just slip out. It's bulky enough to offer a little protection but not so bulky as to be cumbersome. A very practical piece (and I love that fabric enough that it  meets my everyday pretty standards too!).
made by me stitchery

Rose Red said…
You did so great making that cover without a pattern! I am hopeless at that sort of thing, I always under or (way) over estimate seam allowances etc!

DrK said…
i do love the practical element of sewing, and im very impressed with your ability to just make that up! and also, that embroidery is just too cute!
29 June 2013 at 22:55:00 BST