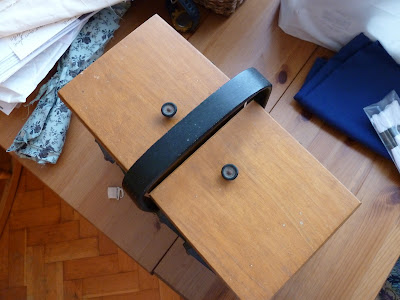 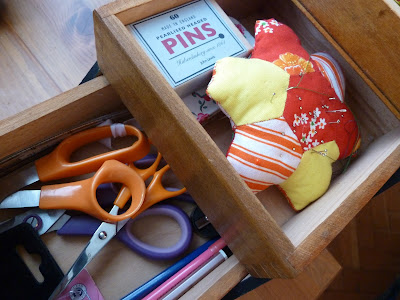 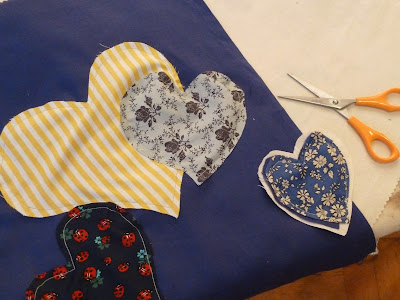 Well that was the week that was. Burst pipe in the bathroom, chaos at work, yet more snot from the cold that won't give up. Sorry if that was a bit more graphic than required in a post called soothing sewing! Saturday sewing class yesterday and I was hoping for deep concentration and distraction to soothe my slightly frazzled nerve endings.

Hmmm misreading of instructions on my first ever commercial pattern did not quite fit the bill. Am struggling to learn that whole new language, I remember the same difficulty with knitting patterns but it doesn't seem to get any easier being back at that clueless stage! So skirt pocket in wrong, well sewn in of course, had managed to follow the instruction to reinforce the stitching at the pocket edges to the letter and then some. Black on black, unpicking and redoing seemed to take most of the day. Anyway feeling somewhat beaten I went to bed at 7.30pm last night.

That was definitely good medicine and today feeling much refreshed I thought I'd tackle the other pocket so I wasn't dreading it at the start of next class. Got in the zone nicely, pottered around cleaned and set up my new (to me) sewing box, a little treat that has been waiting for some quiet time since I was gifted it at Christmas time. I even found my long lost pinking shears and as a reward for doing the pocket duty I played around with some applique hearts learning a technique I was shown last week. So for once, tonight I heart sewing!
stitchery

Unknown said…
Sewing? Soothing? Not for me. I need to get my machine tuned up, so right now I have a hate relationship with my machine.
4 February 2013 at 00:45:00 GMT

Rose Red said…
I love those old sewing boxes - what a great score!
I think I hate unpicking sewing even more than I hate frogging knitting, so I feel your pain!
4 February 2013 at 06:11:00 GMT

Lynne said…
Those hearts are so cute! Too bad about the pocket but they say experience is the best teacher!
4 February 2013 at 06:39:00 GMT

mysticvixen said…
ohhhh bunny! so sorry for the slew of challenges--- but I had to laugh at the 'in bed at 7:30' because that is precisely where I am headed at this moment-- 7:28 pm. am wiped. maybe it is in the stars?

Rachel said…
I'm glad you were able to make peace with the sewing in the end. We need to do that with our crafts from time to time I think! I love the sewing box...my grandmother had one almost identical and seeing it just opened up a box of memories.
8 February 2013 at 04:16:00 GMT