- September 24, 2012
Knit in my beautiful Squam yarn and ready just ahead of SquamItalia (next week!!); here's the hat I had the urge to make for me after finishing up the Mr's. 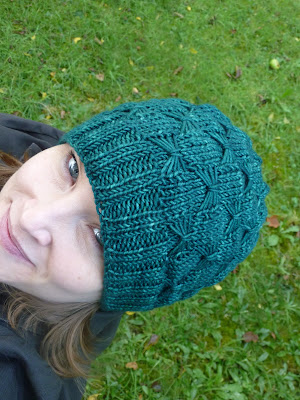 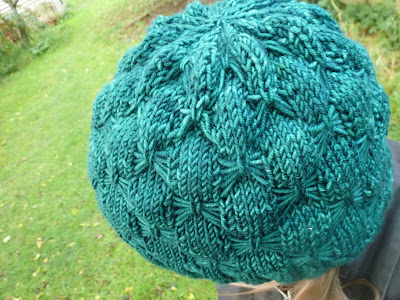 While the somewhat abrupt arrival of deepest autumnal weather yesterday here in England means it'll see some use straight away, that very same weather makes it even more delicious to note, that you could say it's not likely to be the most essential item for my suitcase given the current weather where I'll soon be knitting.


None of these photos does any justice to the really amazing shade of this yarn. It's the most indescribably rich, blue green, I love it to bits and the hat along with it. This was a super fun knit. I wanted a beanie style hat as my other hats for myself: Verity and Tetsubou  were knitted more because I loved the look of them and the challenge of the different constructions to knit. I think a nice and deep beanie style suits me better and will be easier to pull on without needing the aid of a mirror to get it positioned just right. Having the butterfly stitch makes the finished item suitably beautiful and was really fun to work. I think it makes the knitting zip along as instead of just 'one more row' the urge is for one more set of rows to get to make the next butterflies. I love the extra depth the gathers of the butterflies brings. You can see the pockets or craters on the inside.

I had a photo shoot assistant who I've been meaning to introduce for a while now. I call him Joey. 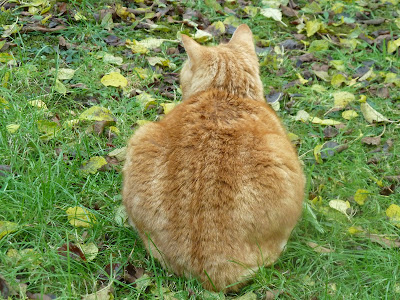 His rather fine ears made it in to the last post, and I have innumerable shots of him from the behind, comme ca: 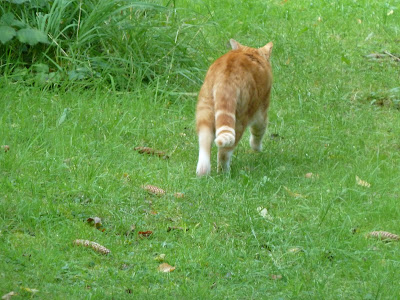 Getting a shot of his handsome chops is proving rather hard as he always zeroes in too quickly for some strokes.

He's definitely a frequent visitor here of late though his home is down the road. He and Panda have a tolerance of each other, I think they've made an uneasy alliance because he keeps away the much more aggressive tabby that used to haunt her food dish while she occasionally lets him have the food she's turned her fussy nose up at in the hope we'll give her something else. Her girth rather suggests we give in too often! 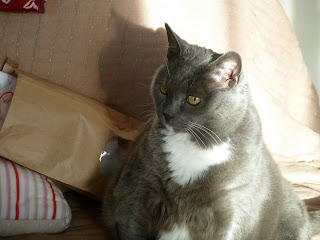 She stuck to the sofa while we braved the chills outside but does seem to have forgiven me for canoodling with him as she's been lying on the floor by my desk chair like a dog, purring her head off whilst I've been writing this. I'd say it was affection but I should know better!
made by me

Anonymous said…
what a pretty hat. The colour is stunning so if that's any indication what it's like in person - wow. Love those pretty stitches!

Rachel said…
I really like that hat...the butterfly is such a cool stitch pattern. And to boot, it really looks great on you!