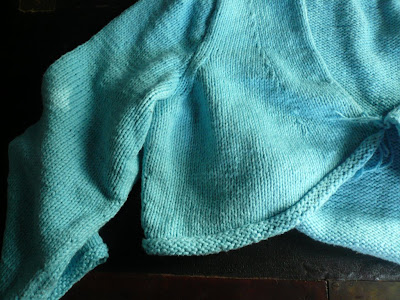 I'd like to be revisiting Iris to say that she is one of my most used knits but sadly not. It's time to say farewell to a knit that I have barely (maybe never in public?) worn.

Sometimes I catch sight of her on my projects page on Ravelry and I feel a little guilty that it's up there pretending this was a success. I was sure it was when I finished it. It fit nicely, was such a useful looking little piece I thought I'd wear it in to holes when I managed to block the fronts a bit more sternly so they wouldn't roll but I've tried pinning the thing down and she still edges up over what she is designed to cover. So it's time to be honest about her, take her out of the winners enclosure and reclaim that pretty Calmer back. The irony that one of the knits that I was so diligent about seaming has to be dismantled is not lost on me. Sigh! 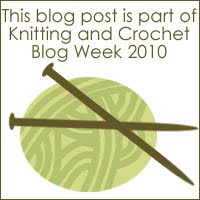 mooncalf said…
What a shame. It is VERY neat seaming!