Finally we fall in love 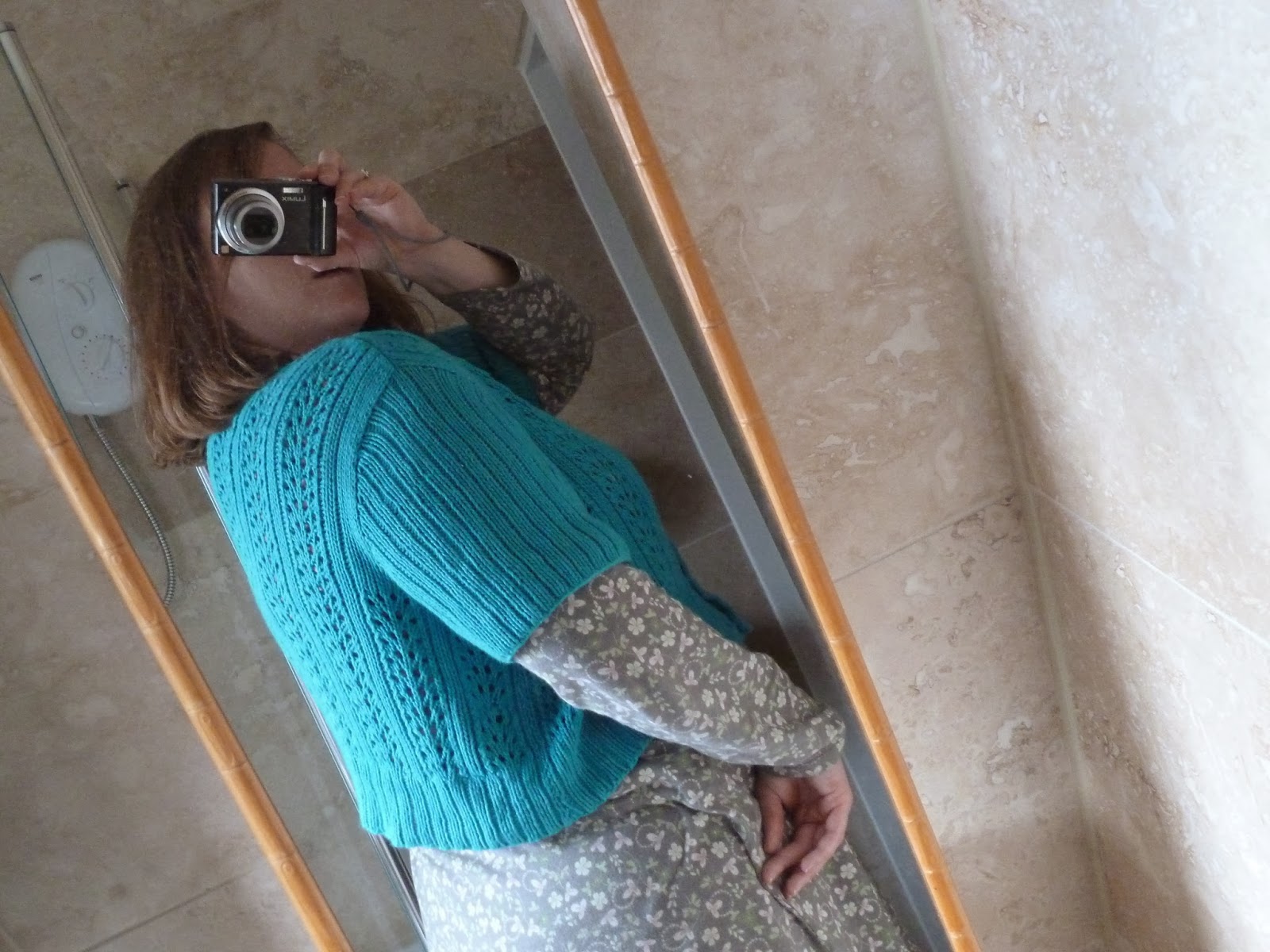 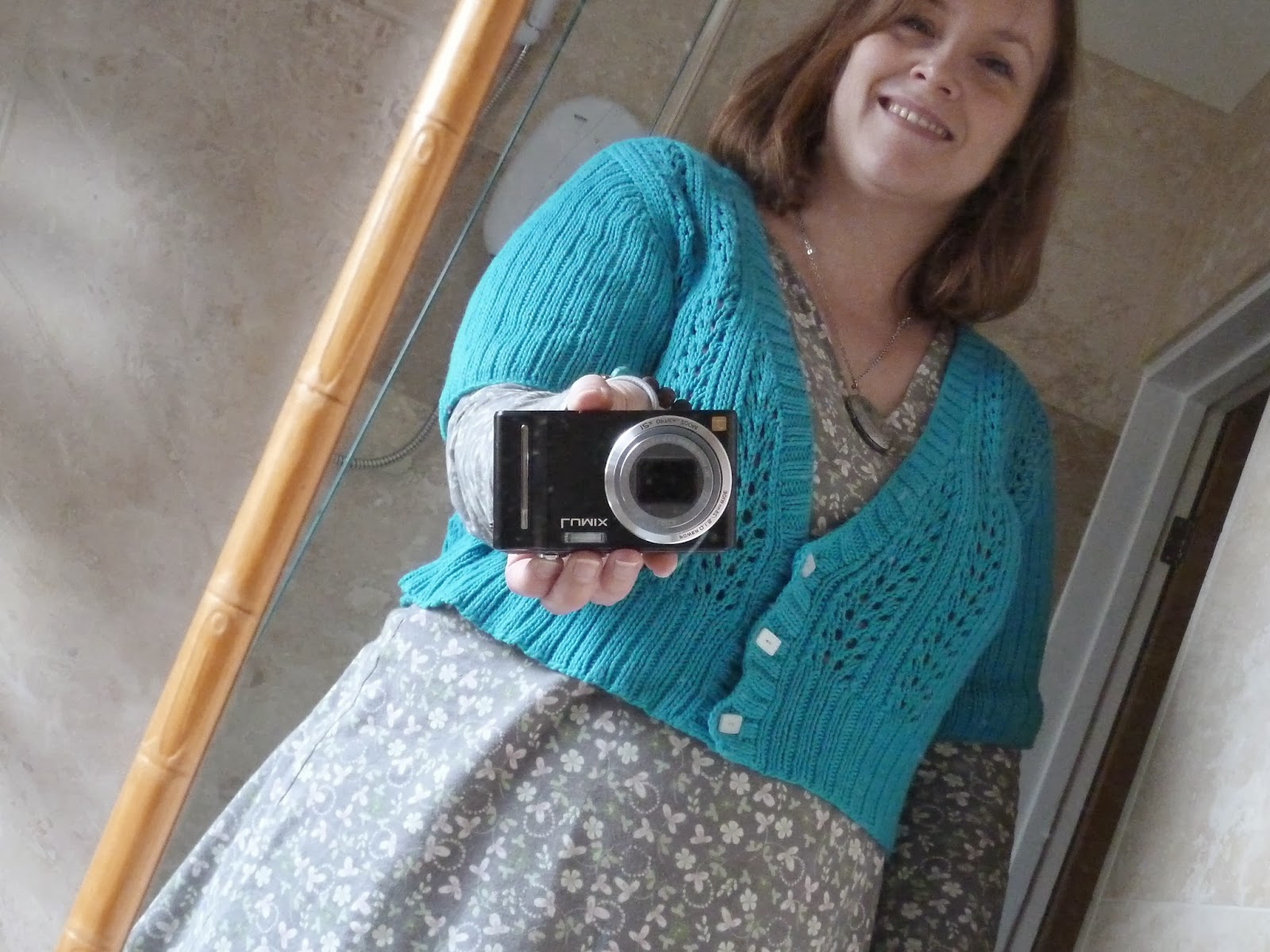 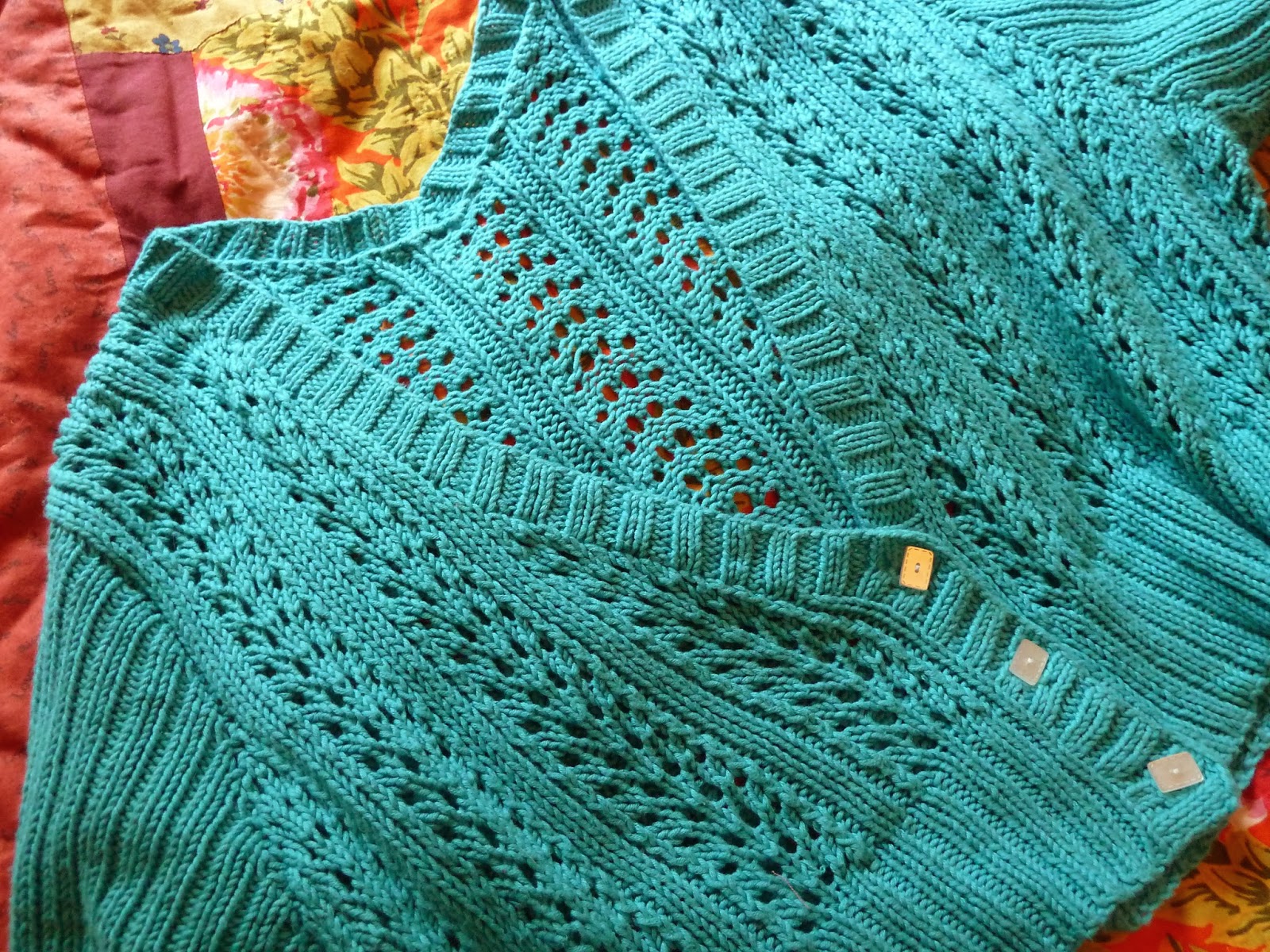 Something inspired me to tidy up my wardrobe yesterday, must be the sap rising! I found a knit lurking in there that has been half forgotten/half hanging over the frog pond. A knit that never was formally declared finished because of the fit. My first thought yesterday when I found it was that it was going to be sent on its merry way as it didn't bring back happy memories. I am so loathe to throw out or rip completed knits that it got another reprieve until there was time to ponder what its fate should be. Reader, I tried it on and I really like it! Still wearing it now. I can see what my issue was as it's looser than it was intended to be but suddenly to my surprise I think its cute. Don't you?

It's an adapted version of an Interweave Knits pattern - the Double V cardigan and forensic analysis of blog/Ravelry/memory combined help me remember that it had its ups and downs in creation, with doubts about this yarn from the start. Such a glorious colour though - truest in the last shot.

Somewhere along the way I shortened it and then I clearly did decide to abandon the sleeves as written though the blog and Ravelry are quiet on how I did the sleeves in the end and I remember nothing of knitting them! I wore it straight away but seemed hopeful I could shrink it back in to something closer to what I wanted but I remember futile attempts at that. There is a documented wearing here and I think that's probably the only time it's seen the light of day since 2011! I remember how hot it was that day last summer and just resigning myself to wearing it as the coolest of a bad bunch of options as there was nothing in my wardrobe I felt happy with. I didn't enjoy wearing it and I just stuffed it in the wardrobe until I could bear to ditch it. Aww but how nice that there is a happy ending and the little knit is saved and I feel like I've got a new hand knit as if by magic.

Interesting how the distance from the expectations of how I wanted the knit to look and a healthy dose of feeling more comfortable in my own skin have changed my perspective on this from what is wrong with it - to what is right! Ah knitting - the lessons keep on coming.
yarnery

Olivia said…
That is a lovely thing to have happen. Yes, it looks great, looks like the fabric has a nice drapey quality, which I think means it doesn't matter if it's a little generous on you.
3 February 2014 at 21:31:00 GMT

Unknown said…
Love it! I agree, sometimes our expectations aren't met and we can't see the value in the piece outside of that gauge. Glad time and distance worked to bring about harmony with this knit.
4 February 2014 at 03:28:00 GMT

Unknown said…
I'm so glad you've finally fallen in love with your little cardie. I find knitting for myself quite a challenge, and can never get the fit that I want. I suppose a knitter grows with experience :0)
Have fun wearing your beautiful knit. x
4 February 2014 at 09:33:00 GMT

Katie said…
What a happy ending! I have a few things lurking in my half made 'makes' box that I feel similarly about whenever I open it. My heart sinks. Fingers crossed to fall in love again!
5 February 2014 at 14:52:00 GMT