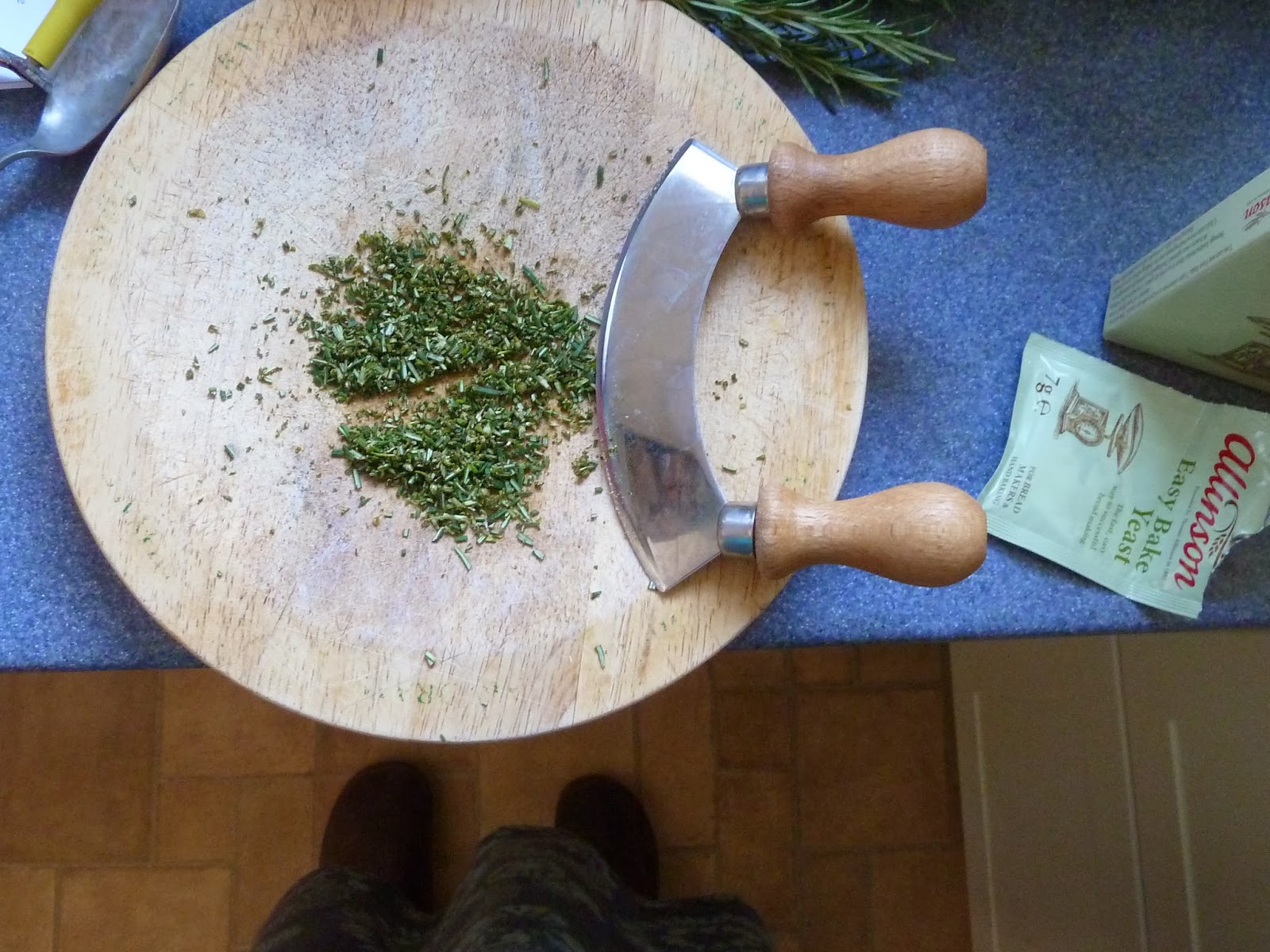 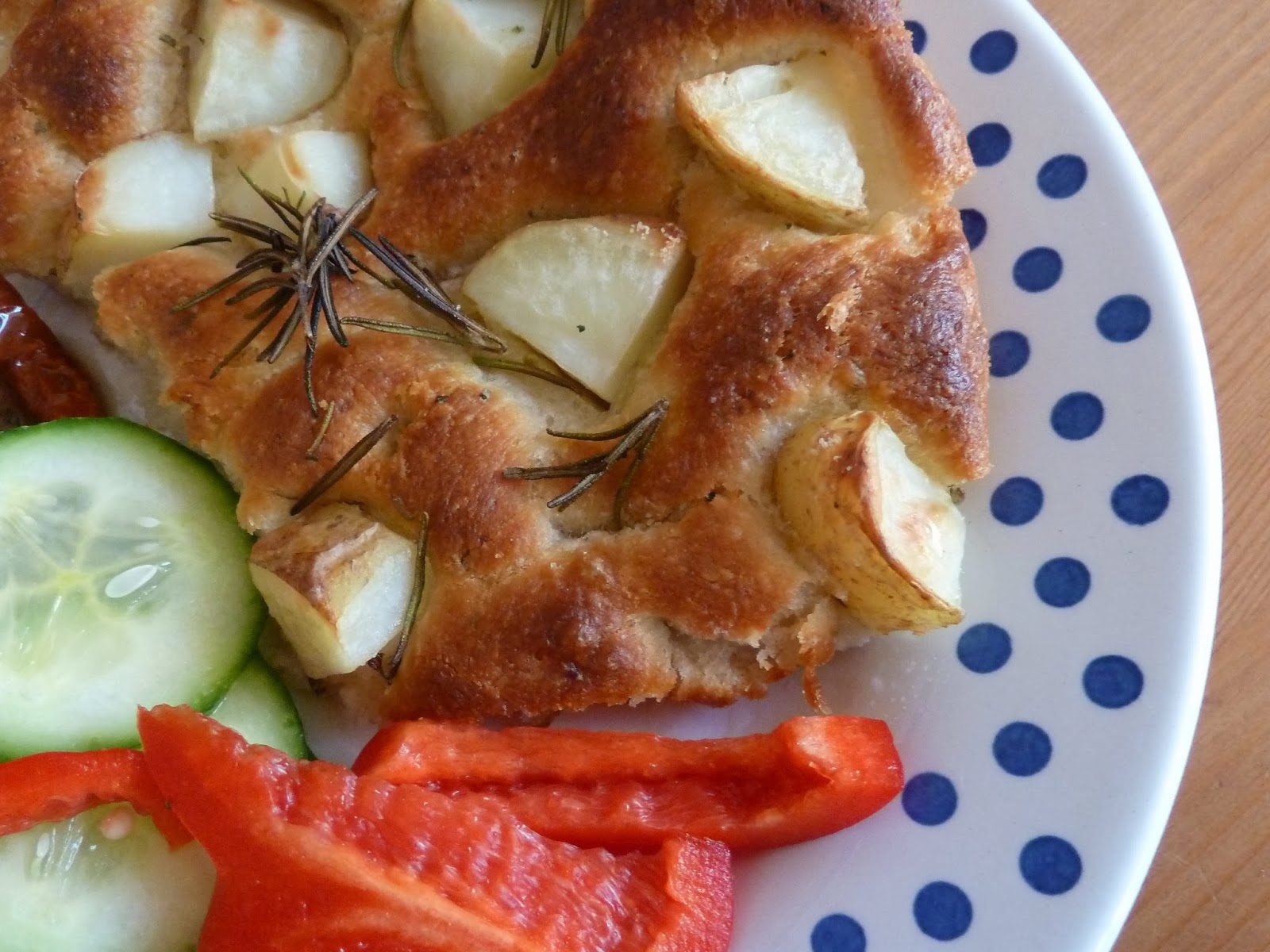 Potato, spelt  and rosemary focaccia for my lunch. Gorgeous, rich, satisfying. The smell of it baking was the ultimate olfactory expression of this lovely cosy day I've been having.

It's a Great British Bake Off recipe that I've been meaning to make since last summer when the show with it in aired and I bought some spelt flour in its honour. I felt like it was GBB meets Why Don't You? in my kitchen this morning. Though GBB has more success in getting me to switch off my tv set and do something less boring than that fixture of my childhood viewing schedule ever did!

Bread! Home baked bread has not been seen in this house since this loaf back in 2012. My one true beloved, perfect in all ways but this, plucked up his courage after that was made and told me he didn't like either loaf as they were too yeasty tasting for him. Pah! Still though, there isn't as much satisfaction in making something that isn't going to be happily devoured. I think this fancy rosemary spelty flavoursome friend should have solved the problem and if he doesn't like it, oh well, all the more for me!

As well as the great uneven crumb, good crust and perfect bake I'm more than a little proud of the rosemary. Snipped fresh from  the rosemary hedge I planted last June. It lines our fence in the front garden and every plant in it is thriving. Its success is causing me to dream of an elaborate herb garden out there in the little south facing plot. The sunshine of today makes it seem like that could be a reality sooner rather than later but blink and I think we'll be back to cold knives of rain. Still the rosemary seems to like it and I've got wool to warm me. Swatching for the cardigan and some needle felting sound like happy activities that can comfortably be done in front of the tv set this weekend.
home

Unknown said…
That looks absolutely delicious. I'm a big lover of bread, especially the homemade kind. I think I'll be giving this one a go. My Rosemary bush is rather small, but I'm sure they'll be just enough for this recipe.
Wishing you a wonderful weekend.
x
7 February 2014 at 16:40:00 GMT

Rose Red said…
Oh yum! That focaccia looks amazing! I must get back to making bread too. Yum yum yum.