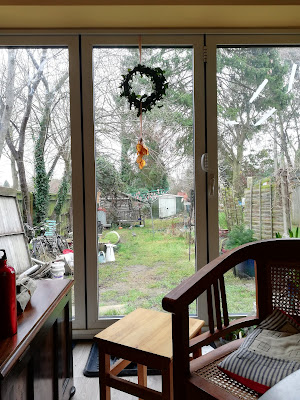 Somewhere in the middle of last month, while working through my initial reactions to the conversations about racism in the knitting community, I saw the danger of avoiding the Political. In the words of others, who didn't want their false picture of a cosy community disrupted, I saw a reflection of myself.  In the last couple of years I have tried to shut out the world when I haven't liked what I am seeing. When I sought to avoid the Political I attempted to also avoid the political. I hadn't fully acknowledged that. I hadn't seen that even being able to attempt to avoid the political, was due to my layers of privilege. If anything, I'd resisted acknowledging it, because I felt like I didn't have the strength to work against the structures that distribute so unfairly.

I'll be forever grateful to the women that spoke up, and continue to speak up. Grateful that finally they are being heard more widely, more loudly than before. I'll be forever sorry I didn't do better. That I hadn't heard, and seen clearly, how much people were made invisible and treated unfairly in a creative community that helped me to feel more me. Witnessing that pain and suffering bust open the shutters. As I've read and reflected it has become clear to me that the shutters only held me down and enforced a narrative of powerlessness.

I've felt defeated. Too small and weak to make a difference. Instead of staying open, looking for all the opportunities in the everyday, instead of feeding the fires within I tried to tell myself that not actively doing wrong was enough. Action is vital: standing by weeping, or trying to shut out reality, poisons us from the inside and gives power to those we struggle against. We are all more powerful than we realise. I see clearly again that action comes in many forms and always starts within.  I will do better.
living well

One pair finished, another pair started. Could there ever be a time when I'm done with knitting socks? Can't believe so when my list of sock patterns to knit expands almost daily.

Pattern: Regia Free Basic Sock - stocking stitch all the way
Yarn: Regia Nation - Colourway 5399
Needles: 2.25mm Harmony DPNs - still my favourite needles by so far, down to four after travelling with the them and snappying one - holding out for my birthday before I get reinforcements as I'm going to have to have the full set :o)
Started: 23 May 2008
Finished: 8 June 2008
Notes: So nice and soothing to knit knit knit all the way round and let the yarn make the pattern. Must remember how quickly plain socks go when I'm in need of a fast FO. Loved this yarn for spring and bounce as well as colour. It felt to me very like the Lana Grossa wool/nylon blend. I find both of these to have a lot more oomph about them than the Trekking XXL which has the same composition.
The New
Hoping to be a good So…
Read more

Ways I keep together 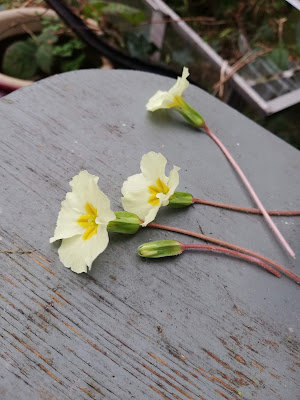 I feel like this world breaks my heart about a hundred different ways every week at the moment. The horrors we witness, and then up through the cracks of the latest tragedy, the tender shoots, the beautiful ways humans reach out to one another to help each other tentatively move forward again. Those of us still blessed or cursed or blessed to be here. I hear an internal narrative that says it's all too much for me to take in. I am challenging that, staying present for the reality of it, mindfully, finding personal stories behind platitudes and headlines, understanding more about how we all process and grieve and flail. I look for the moon. I knit. I think about the equinox. I stop and smell primroses. I say thank you to my toes. And I love, the best I can, as many as I can.

Whilst admiring Bells beautiful steeked jacket the other day I found myself agreeing wholeheartedly with her suggestion of knitting as a metaphor for life and mentioned my little "as in knitting, as in life" mantra I'm often mumbling.

You know how it goes - the pattern/recipe you modify without noting down the changes = a hard to replicate FO/dish. As in knitting, as in life. The one more row/I'll just finish this before I go to bed mentality = dropped stitches/botched job. As in knitting, as in life. The jump in head first without proper swatching/preparation = ill fitting knit/ill realised project. As in knitting, as in life.What it all boils down to is the big WIP of life - we knit, we make mistakes, we learn, we adapt, we pick up those dropped stitches, we live with the imperfections and we get better at it all. So for anyone who knows that it is all about the knitting take this blog button and display it proudly in your sidebar, link back to the blog you get …
Read more